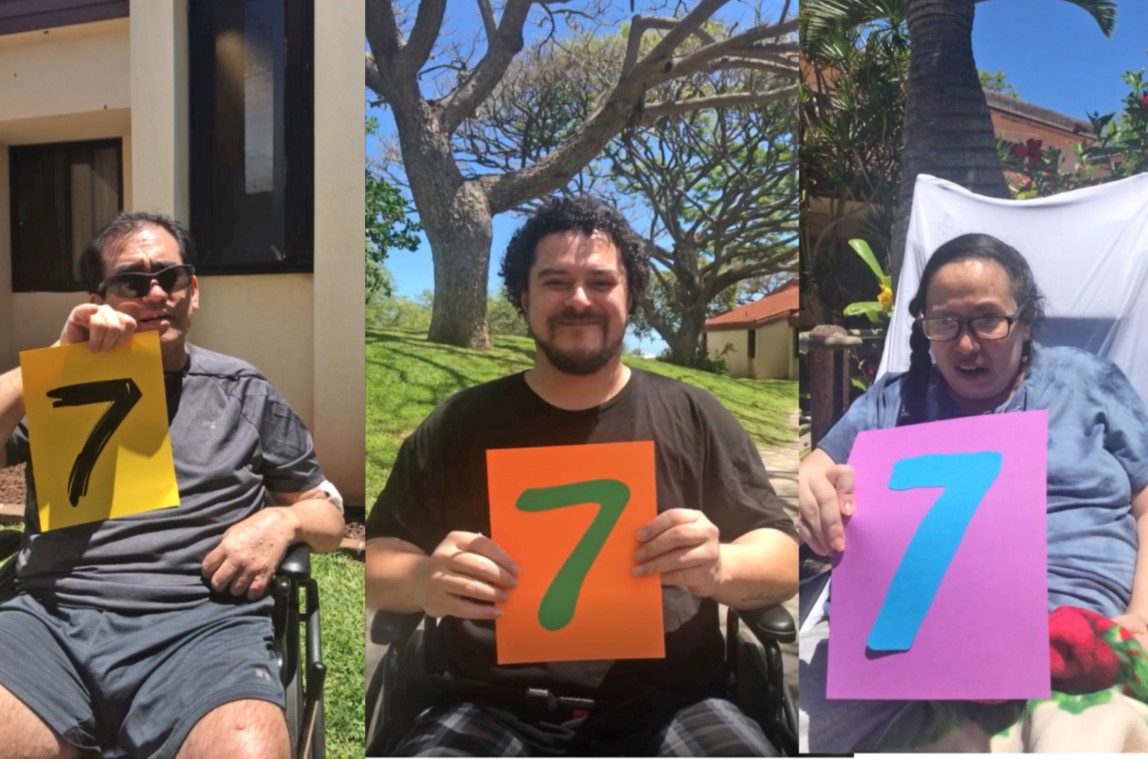 Tournament officials and Sentry Insurance recently announced that $459,743 was generated from the 2020 Sentry Tournament of Champions, up almost $100,000 from the previous year. Funds benefited over a dozen non-profits across the island. Hale Makua received $65,000 plus an additional $3,000 generated from an Aloha Friday Charity program where Sentry Insurance contributed additional funds for every PGA Tour player that participated in wearing aloha attire on the Friday rounds.

The announcement was made on the Sentry Tournament of Champions Facebook, Instagram, Twitter, and website pages through a video post which included clips of our residents and other charity recipients saying “mahalo” and holding number “7” signs representing a new milestone reached of over $7 million in funds generated for charities across our island communities since the tournament moved to Maui in 1999.

The 2021 Sentry Tournament of Champions is planning to return to the Plantation Course at Kapalua on January 7 - 10.