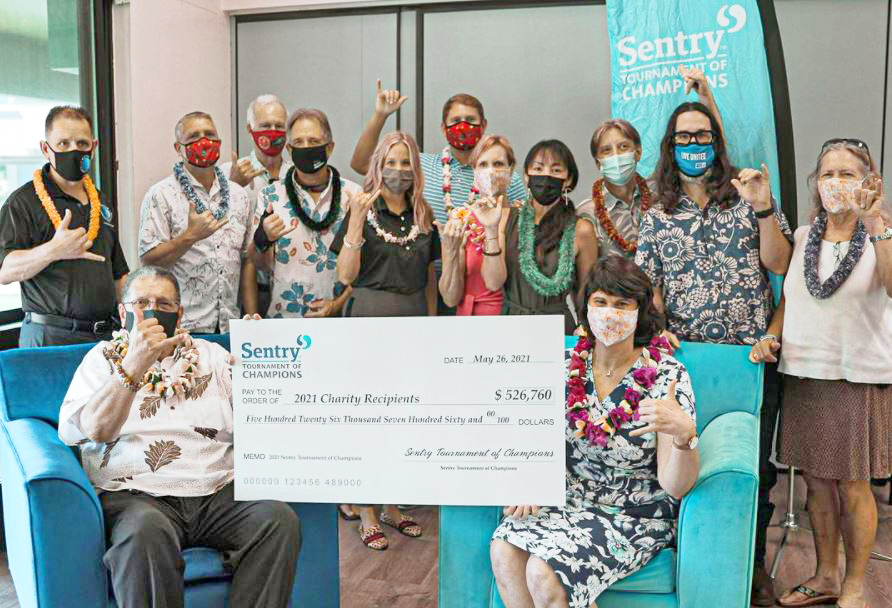 Hale Makua received $67,000 from the tournament, and additional $4,430 from Sentry Insurance on behalf of the players who participated in the Aloha Friday promotion. Join us next January at the Plantation Course at Kapalua for the next Sentry Tournament of Champions.