Hale Makua's Got Melvin's Back 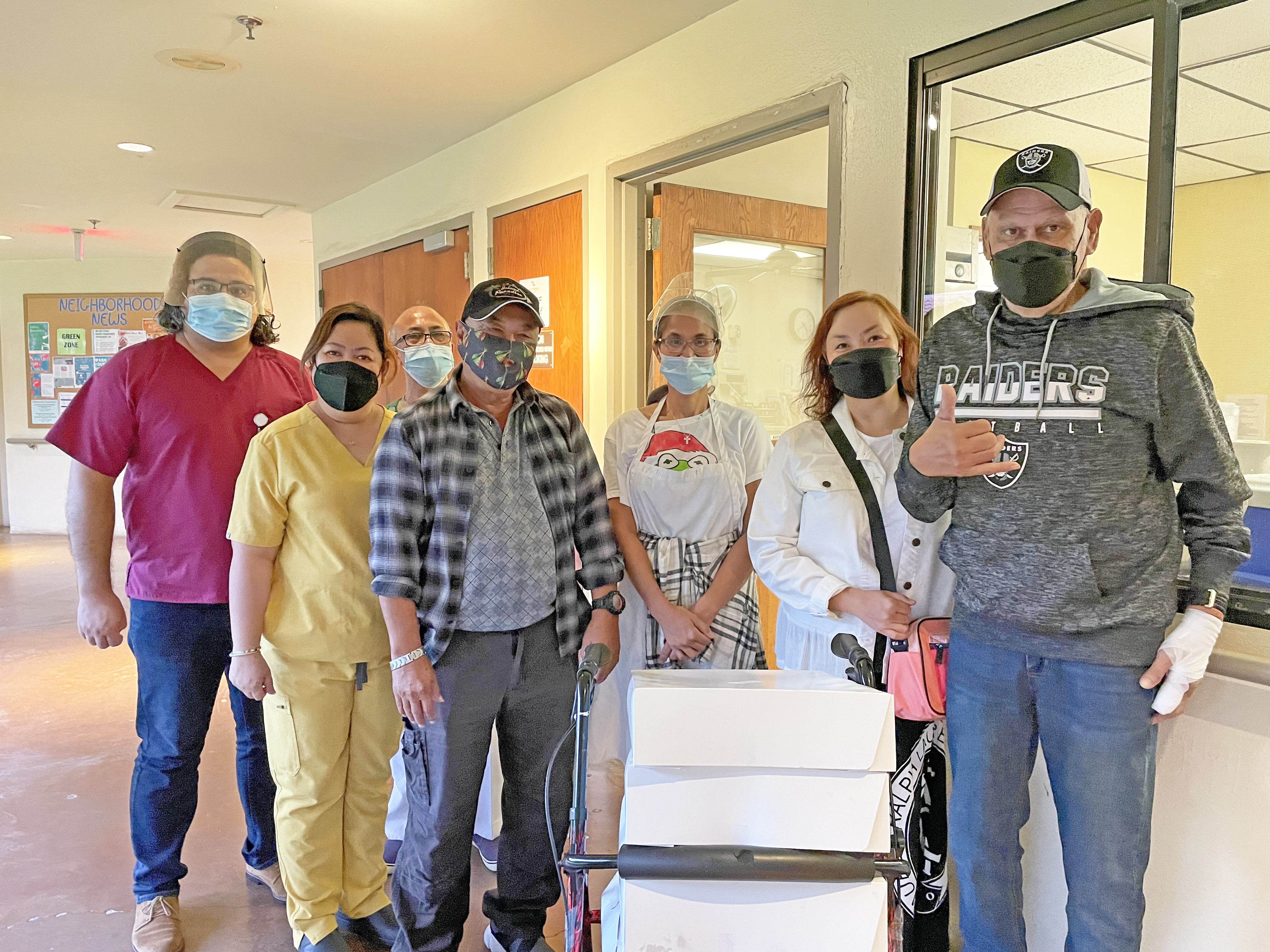 Not long after Melvin Pomroy (pictured far right) returned home from back surgery, he suddenly felt faint and passed out. He was taken to the hospital and was told that had he come in a day later, he would not have survived. He learned that a year-old injury to his finger had caused bacteria to form inside and the infection was traveling towards his heart. Though he ended up losing his finger, his life was spared.

Melvin was later admitted to Hale Makua to receive rehab for his back and nursing care for his infection. After about a month of rehab, Melvin went from needing assistance getting around to being able to use a walker and even climbing up stairs using the railings.

“They really give you the feeling that they’re there to make you better,” says Melvin about Hale Makua staff. “The care and the aloha these employees give to the patient is as best as I’ve ever seen.”

Melvin was able to return home just in time for the holidays, and was so thankful that brought butter rolls from a local bakery for all of the Hale Makua Kahului staff. For now, Melvin will be taking it easy from his busy job running a business, and try to ensure that he is completely recovered before fully returning to work.