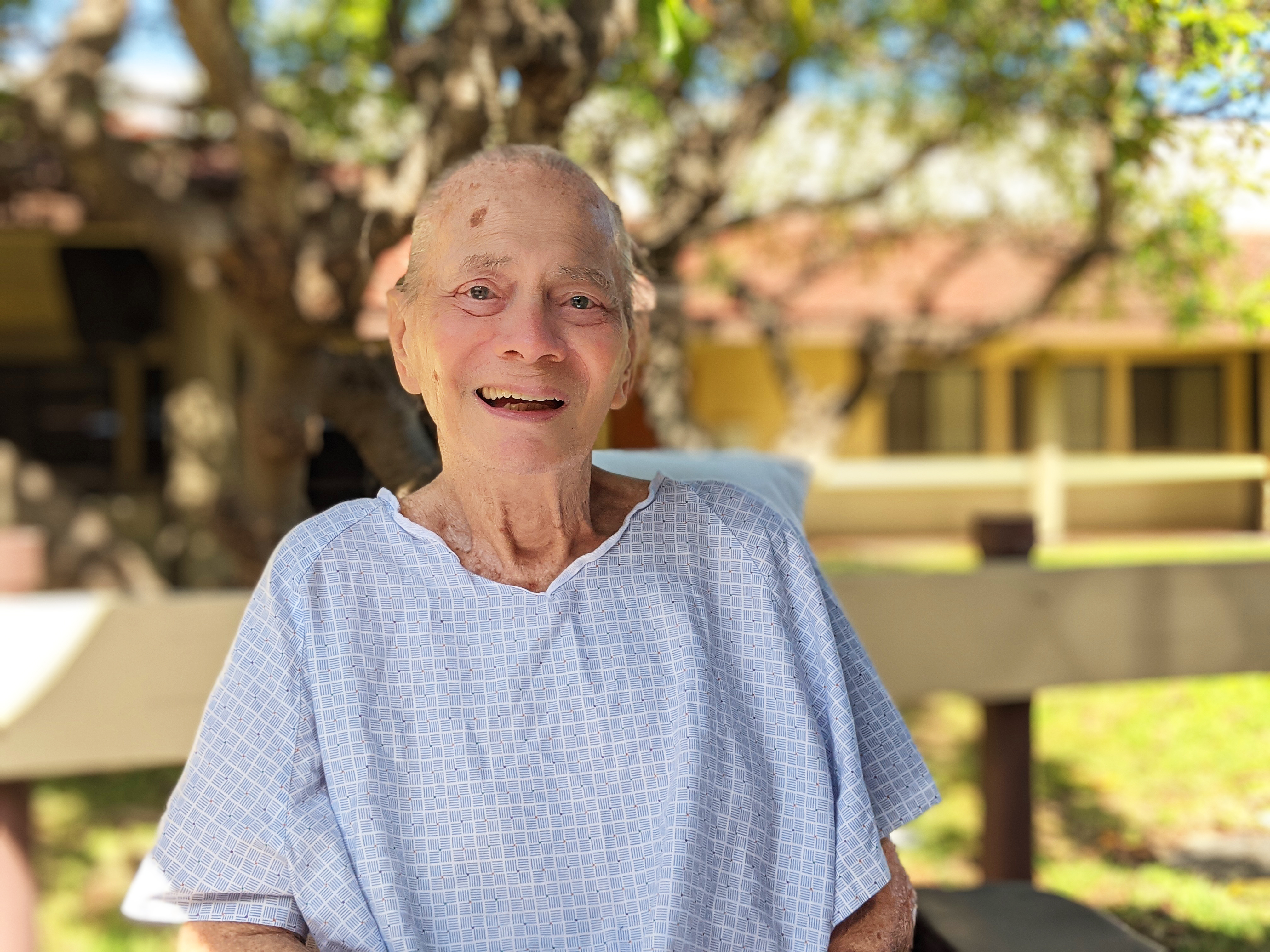 Resident William “Alapa'i” Dickson grew up with the love of music in his heart. He was born on Maui, but was raised by his grandparents on Oahu. He recalls his grandmother teaching him old Hawaiian songs, and from the age of five he was already singing and playing the ukulele.

Though he never learned to read music, he had the natural ability to play any song by ear. He even used this talent to fool others when he was younger. Sometimes when his grandmother would give him money for piano lessons, he would skip his lessons and use the money to go to the movies instead. Later when she would ask him to play what he learned that day, and he would think of a song he heard on the radio and play it for her on the piano. He even fooled his middle school band teacher, and had almost made it through the whole year without his teacher realizing he couldn’t read music. It was on the day of his test that his secret was revealed. The teacher gave him a sheet of music, and Alapa'i read the title of the song and played it beautifully on his trumpet. The teacher acknowledged that he played the song good, but said that he had failed. Confused, Alapa'i asked why he failed, to which the teacher responded “You played it in the wrong key.”

When Alapa'i grew up, he joined the army and was a part of the 101st Airborne Division. He was deployed to Vietnam during the war, where he and fellow comrades jumped out of airplanes and parachuted down into the war zones. When he got out of the military, he became a police officer. He said he was not the type of cop that demanded things or scolded the people he pulled over. Instead, he would strike up a conversation, ask questions about their lives, and exchange pleasantries.

Though he had an amazing career, music always remained a big passion in Alapa'i's life. After he retired, he moved to Maui with his wife to be closer to his siblings and family. He got involved in his church playing music on the worship team, and he also performed at gigs singing and playing conga with his jazz and Latin music band called “Tradewind”.

Alapa'i came to Hale Makua several years ago to receive care after a leg amputation and stroke. His goal is to get strong enough to return home and come back with his band to play music for the residents. Though he has a long road to recovery, he is hopeful and happy at Hale Makua. “I get such good care here,” he says. “I want to go home, but the way they treat me here I know that the day I leave here is going to be a sad day for me. They go above and beyond taking care of me.”

Until that day comes, he remains happy by being thankful to the Lord for each day that he is given and lives his life playing it by ear.