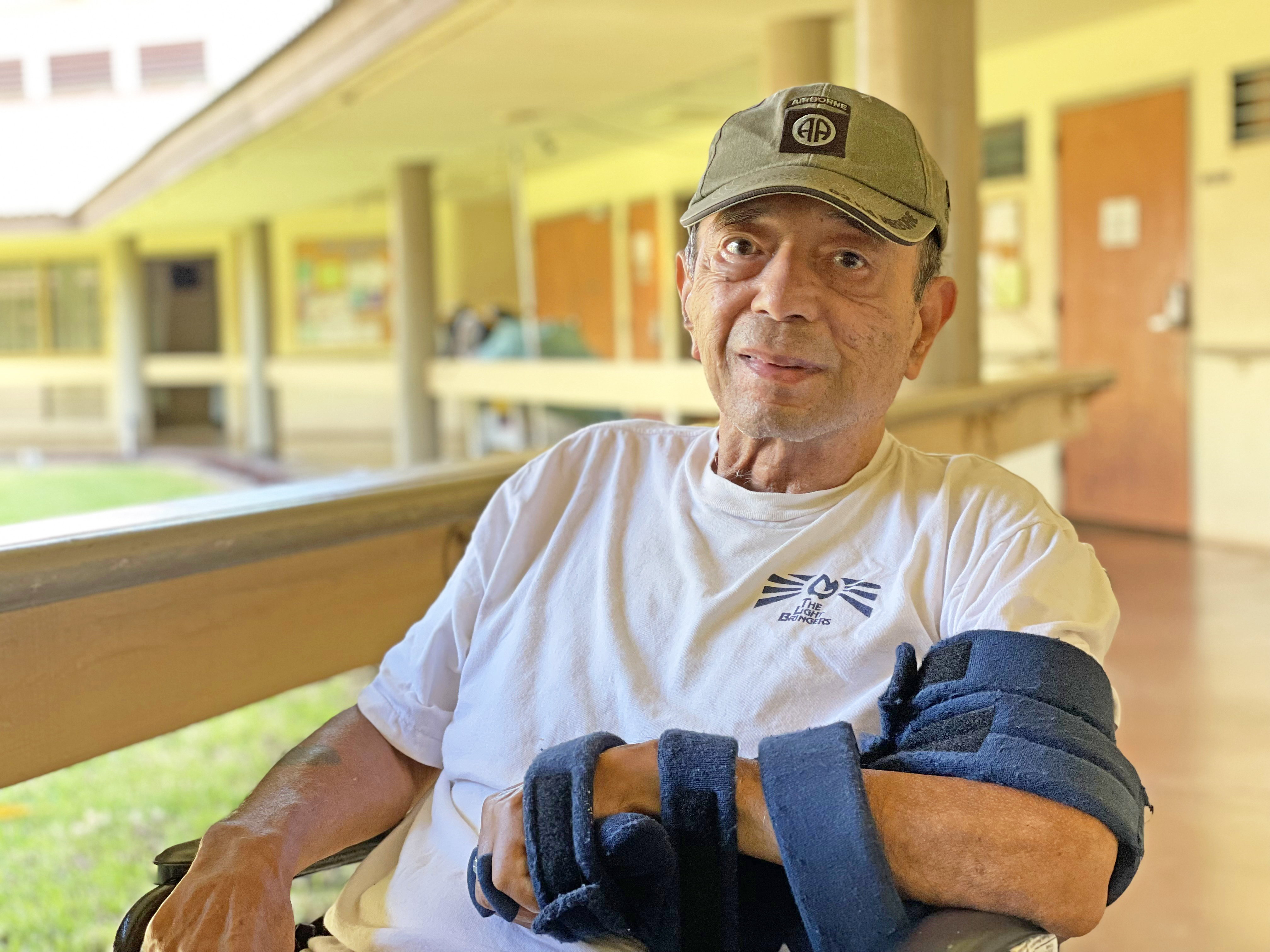 At age 87, resident, Victor Bellarosa, is thankful for the life experiences that has helped shape him into the man he is today. He was born and raised in the tough streets of Brooklyn, New York, and admits he was rowdy during his younger years and got himself into trouble at times. What helped him turn the corner was getting drafted into the Army during the Korean War in the 1950’s. His experience in the military taught him discipline which he said he never had before. He ended up serving two years in the Army, and fortunately was never deployed overseas. While in the military he also joined the 82nd Airborne Paratroopers Regiment 325, where he would jump out of airplanes.  He still remembers the rush of wind hitting him as he jumped out of the plane, the quick and deep breath he sucked in during the free fall, the nervous anticipation of the parachute deploying, and the relief he felt as the parachute safely guided him back down to the ground. He said it was a scary experience, but also the most thrilling experiences of his life.

After he got out of the Army, Victor moved to Maui to start a fresh new life. He got involved with church, met his wife, Mary. Together they volunteered in the non-profit group in Lahaina called the Light Bringers, which Victor helped establish. They did church outreach for the homeless, providing bibles, food, and a place to shower.

Then a few years ago, Victor suffered a heart attack and then later a stroke. He was admitted to Hale Makua for care. He has paralysis on the left side, and works with rehab at Hale Makua to get stronger. Victor appreciates the care he receives, and says, “I want to thank the staff of Hale Makua for doing such a good job with the patients. I love all of yous, and I appreciate what you do. A lot of people can’t do this what you’re doing. All of you have a gift of being kind, and I appreciate all of your patience.”

Victor looks forward to the day he is able to return home to his wife, but until then, the staff at Hale Makua will be his parachute, helping to support and guide him until he can get back on his feet.